The West African Health Organization celebrates 32 years of its creation 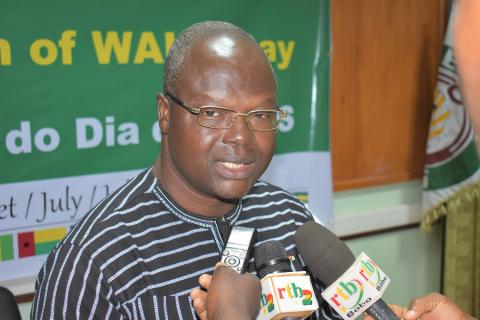 The West African Health Organization celebrates 32 years of its creation

The celebration of the 32nd anniversary of WAHO was held on 9 July 2019 in Bobo-Dioulasso.

The official ceremony was witnessed by:

The ceremony kicked-off with a welcome address by the acting Director of Administration and Finance. He expressed his appreciation to the Governor of the region, the second deputy Mayor of the city and other dignitaries for their presence despite their busy schedule and the heavy rain that threatened the day.

In her goodwill message, the second deputy Mayor of Bobo-Dioulasso, congratulated WAHO for its 32nd anniversary. She indicated their continued support to the works of WAHO in Bobo-Dioulasso.

The representative from the Regional Health Directorate also wished WAHO a happy anniversary celebration and prayed for continued partnership with WAHO to ensure better healthcare delivery to the people.

After the goodwill messages, a slam poetry was given to put participants into the celebration mood. The poetry was on WAHO.

The acting Director General of WAHO, took his turn on the pulpit to read the official WAHO message on behalf of the DG. It reads: “It is 32 years today 9 July 2019 that WAHO was established by ECOWAS Protocol (A/P2/7/87) which was signed in 1987 by the 15 Heads of State and Government of ECOWAS in Abuja. We are therefore celebrating WAHO Day today with the main objective being to rededicate the organization to the vision of the founding fathers and to the mandate of promoting regional integration through health. It is also an opportunity to share with the population of West Africa some of our activities, plans and challenges………”

Please follow this link to the full message https://www.wahooas.org/web-ooas/en/actualites/benin-burkina-faso-cabo-verde-cote-divoire-gambia-ghana-guinee-guinee-bissau-liberia-5

On his part, the Governor of the Hauts-Bassins Region, who was the guest of honour, congratulated WAHO for the 32nd anniversary of its creation.

He encouraged WAHO, to continuously implement its activities to achieve the vision set for it by the founding fathers and which is being maintained by the Heads of State and Government of the 15 ECOWAS countries, which is “to be recognized by the Member States and the International Community as a proactive instrument of regional health integration that enables high-impact and cost-effective interventions and programmes”.

He promised his continued support to WAHO.

The Governor used the opportunity to inform the WAHO staff that the central government is working on all the issues presented to it especially the dilapidated nature of WAHO’s building.

The highlights of the day was donation of drugs and health products to the Gendarmerie Infirmary. The acting DG made the official donation to the Governor who in turn handed the products over to the Commanding Officer of the Second Gendarmerie Region. The Commanding Officer expressed his gratitude to WAHO and promised good use of the products. He also thanked WAHO for the good and cordial relationship between the two institutions. 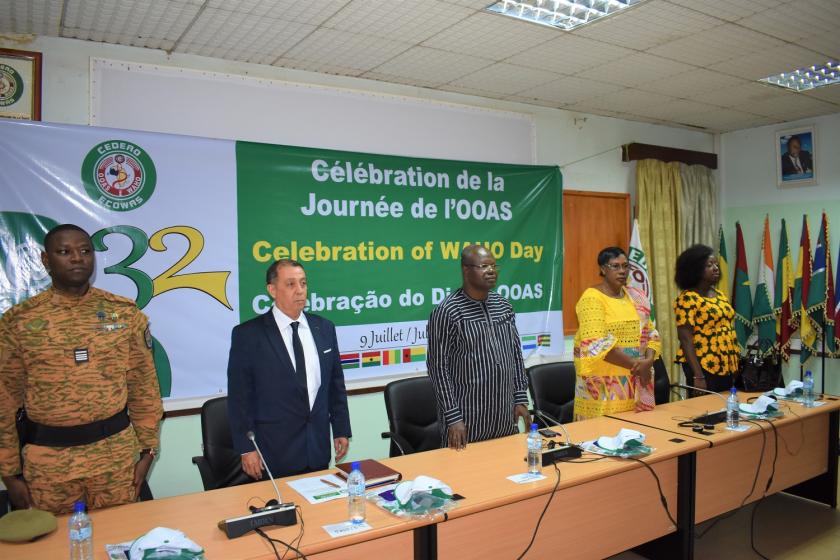 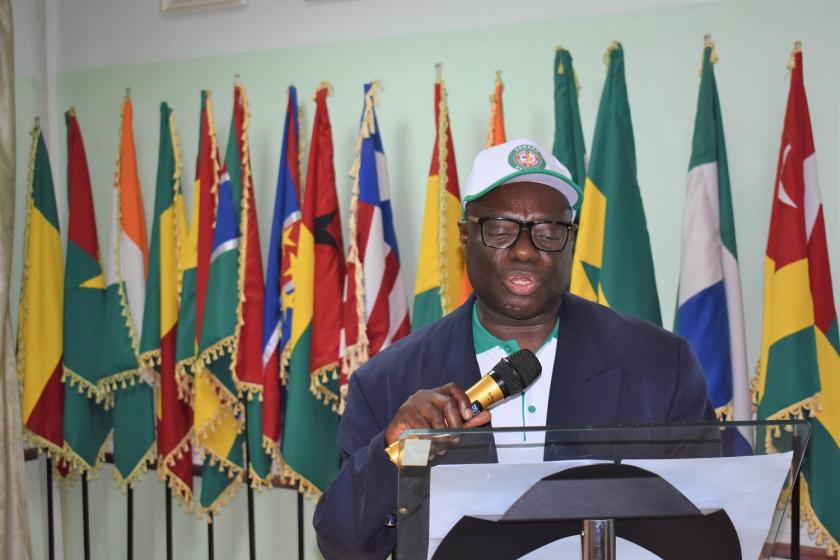 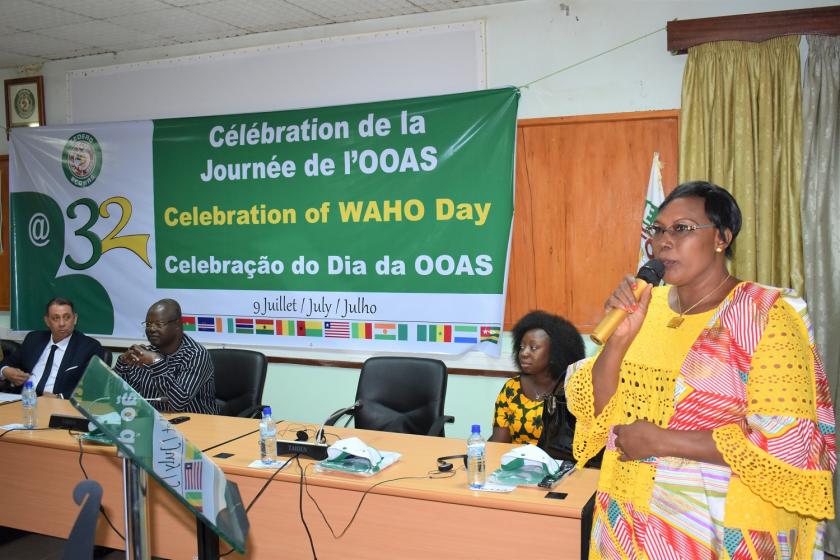 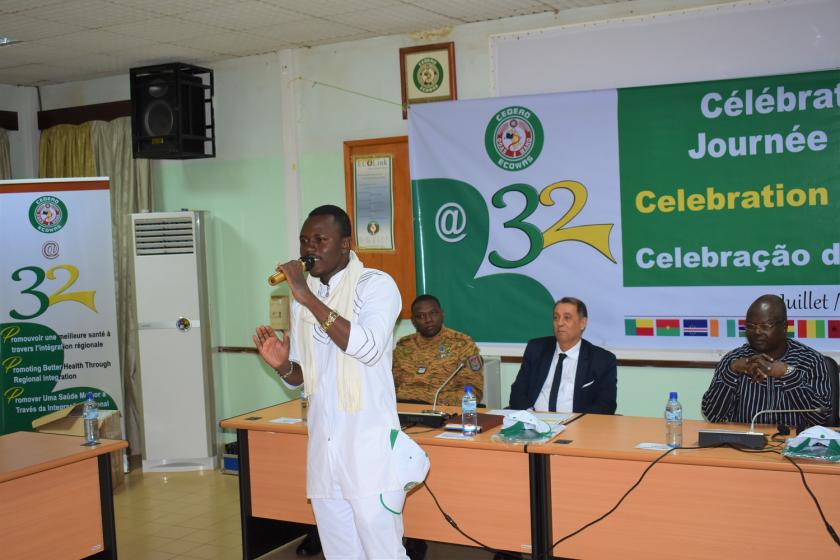 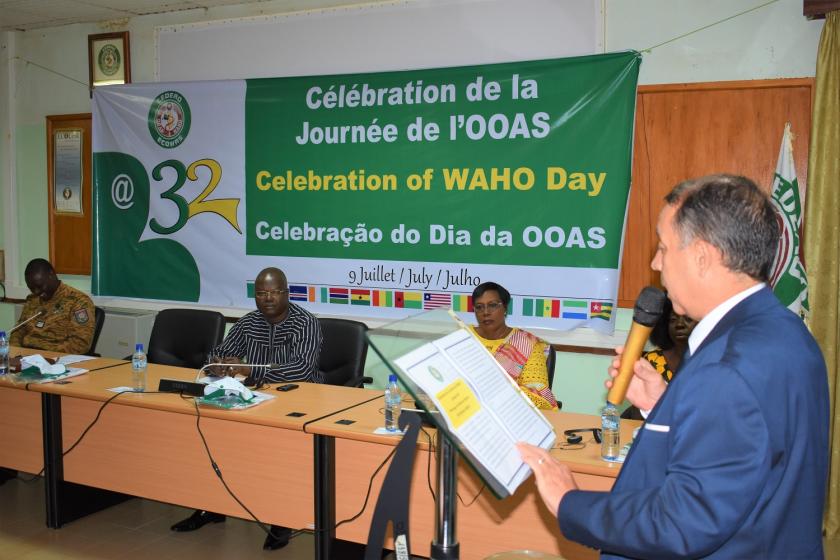 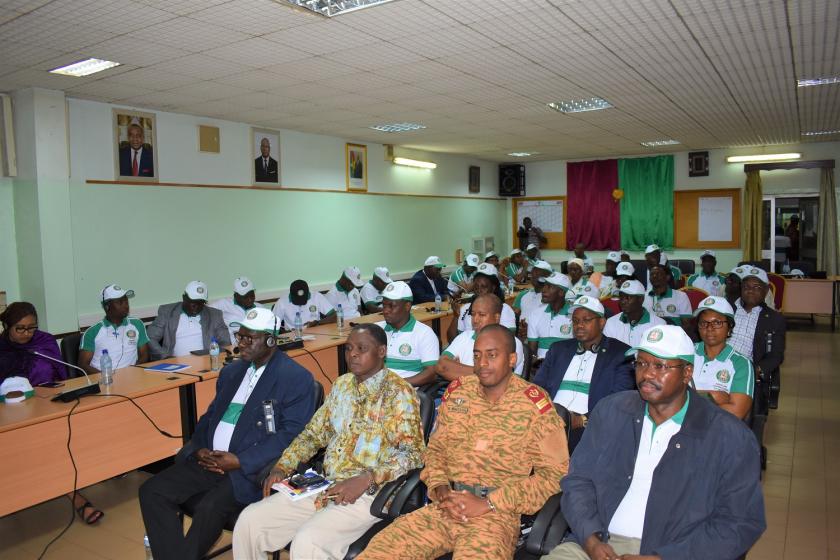 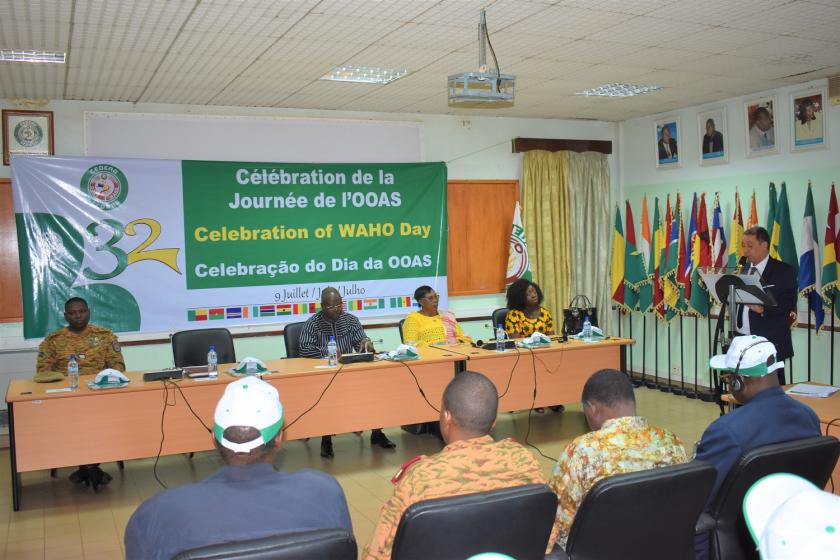 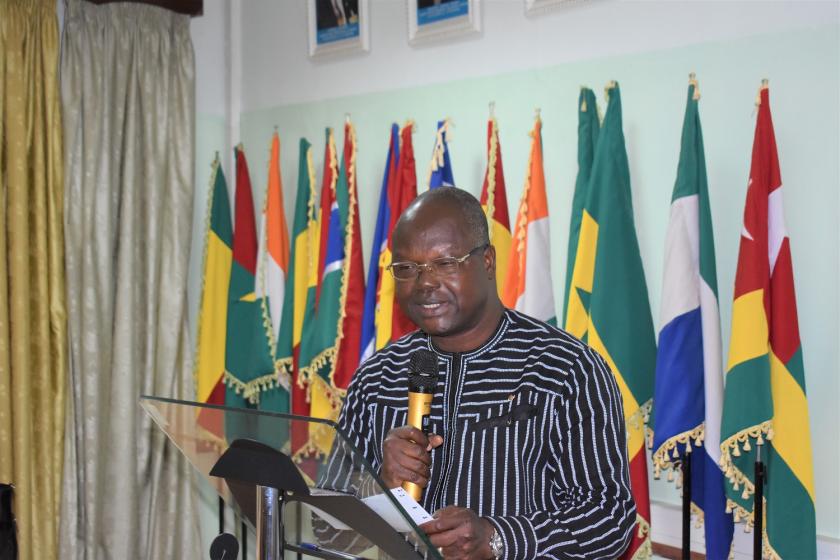 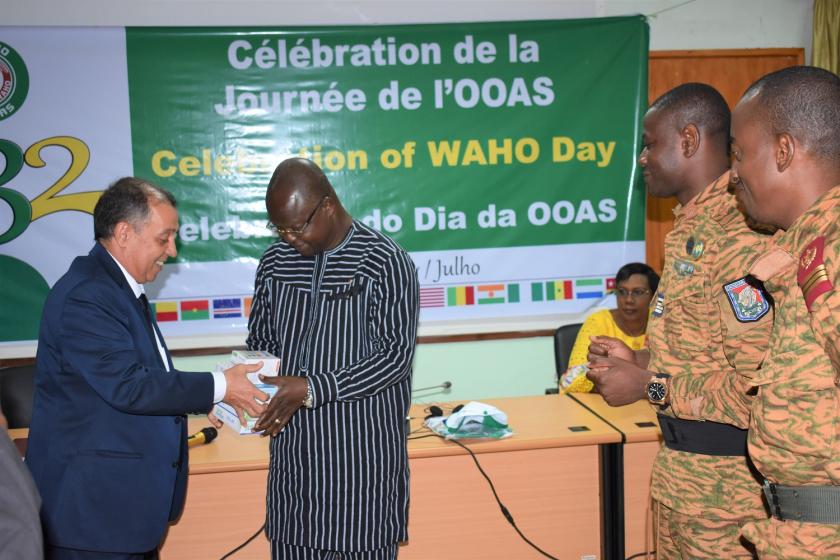 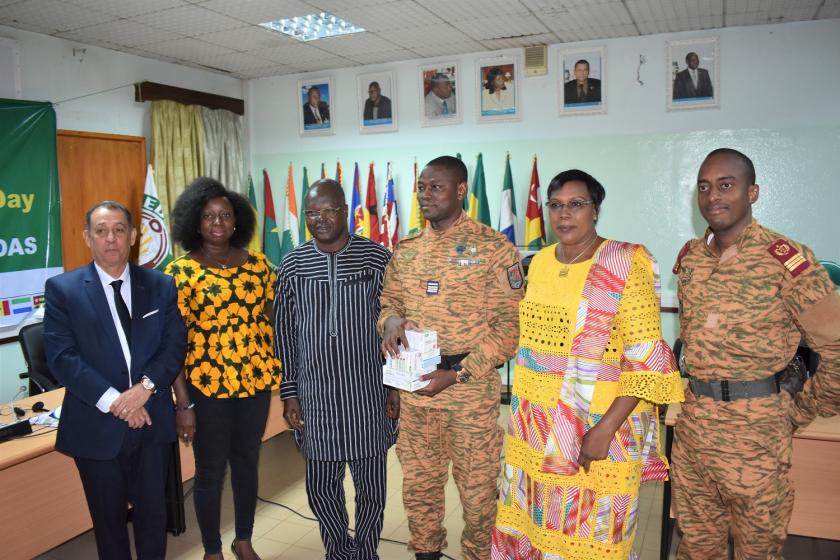 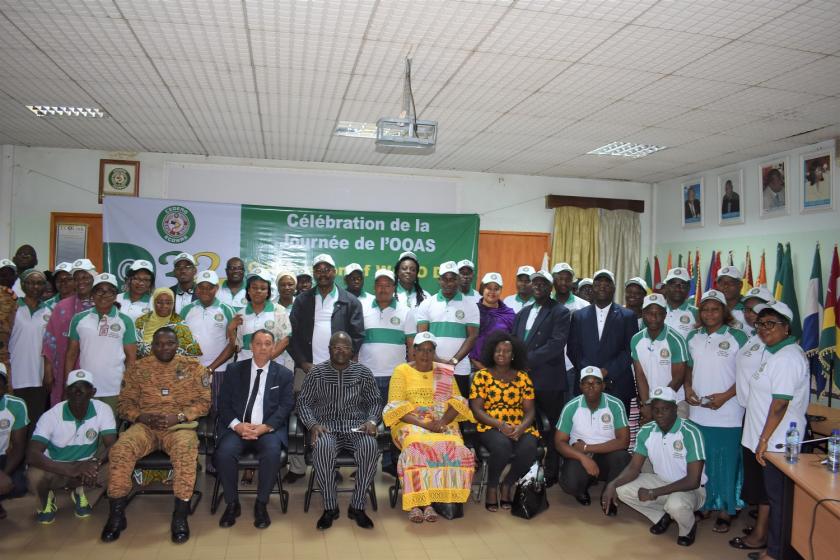