World No Tobacco Day - Tobacco Use in the ECOWAS Region

Tobacco Use in the ECOWAS Region

The annual World No Tobacco Day (WNTD) has been celebrated every 31 May for more than 30 years to inform the public about the dangers of tobacco use, the industry practices, what has been accomplished and what remains to be done.  Tobacco use is the largest single preventable cause of premature death in the world, killing 7.2 million people each year—more than HIV/AIDS, malaria, and tuberculosis combined.  This year’s WNTD will focus on "tobacco and lung health".  WAHO would like to take the opportunity to review the tobacco situation in the ECOWAS region.

Recent data from demographic and health surveys from twelve ECOWAS Member States conducted in 2010-2018 show that it is predominantly males who smoke tobacco.  The prevalence of smoking in men aged 15-59 years ranges from 4.8% in Ghana to 28.8% in Sierra Leone.  In four countries, Sierra Leone, Cote d’Ivoire, Burkina Faso and The Gambia, the prevalence is 20% or greater.  In contrast, the prevalence is 5%-10% in Nigeria, Benin, Togo and Liberia; and less than 5% in Ghana. 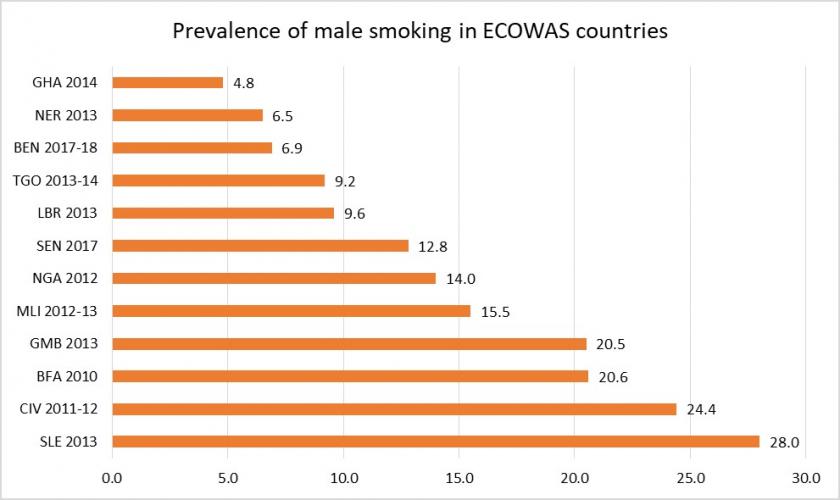 The Global Burden of Disease (GBD) Study estimates that there were 55,455 tobacco-related deaths in all males in the ECOWAS region in 2017.  This figure represents 6.5% of the total deaths in males in the region.  In Cote d’Ivoire, Sierra Leone, Cape Verde and The Gambia, tobacco-related deaths accounted for 6%-10% of the total male deaths while in Mali, Niger and Nigeria, they accounted for <3%.

Tobacco-related deaths appear to be declining in the ECOWAS region.  They were the ninth leading cause of male deaths in 2017, down from seventh in 1990.  In countries with more than one DHS survey data point, the prevalence of male smoking is generally declining.  In Ghana, the prevalence declined from 9.0% in 2003 to 4.8% while in Sierra Leone, it declined from 37.1% in 2008 to 28.0% in 2013.

All 15 ECOWAS Member States are part of the 181 countries that have ratified the WHO Framework Convention on Tobacco Control (FCFC).  Countries are implementing the elements of the treaty to different extents, with some having already enacted domestic laws on tobacco control.

WHO recommends that taxes account for at least 70% of retail tobacco prices.  In spite of existing ECOWAS Directives, the tax structure in the ECOWAS region is variable.  The ECOWAS Directorate of Customs, Trade and Free Movement has worked with various countries to increase taxation on tobacco.

On 16-18 July 2019, the West African Health Organization (WAHO) will be organizing a regional workshop for regulatory agencies on tobacco and alcohol control in the ECOWAS region in Accra with the aim of reviewing current progress.  There will be country presentations on tobacco control regulation, and how countries are dealing with the emerging threats of sisha and e-cigarettes.  There will also be an update on tobacco taxation in west Africa. 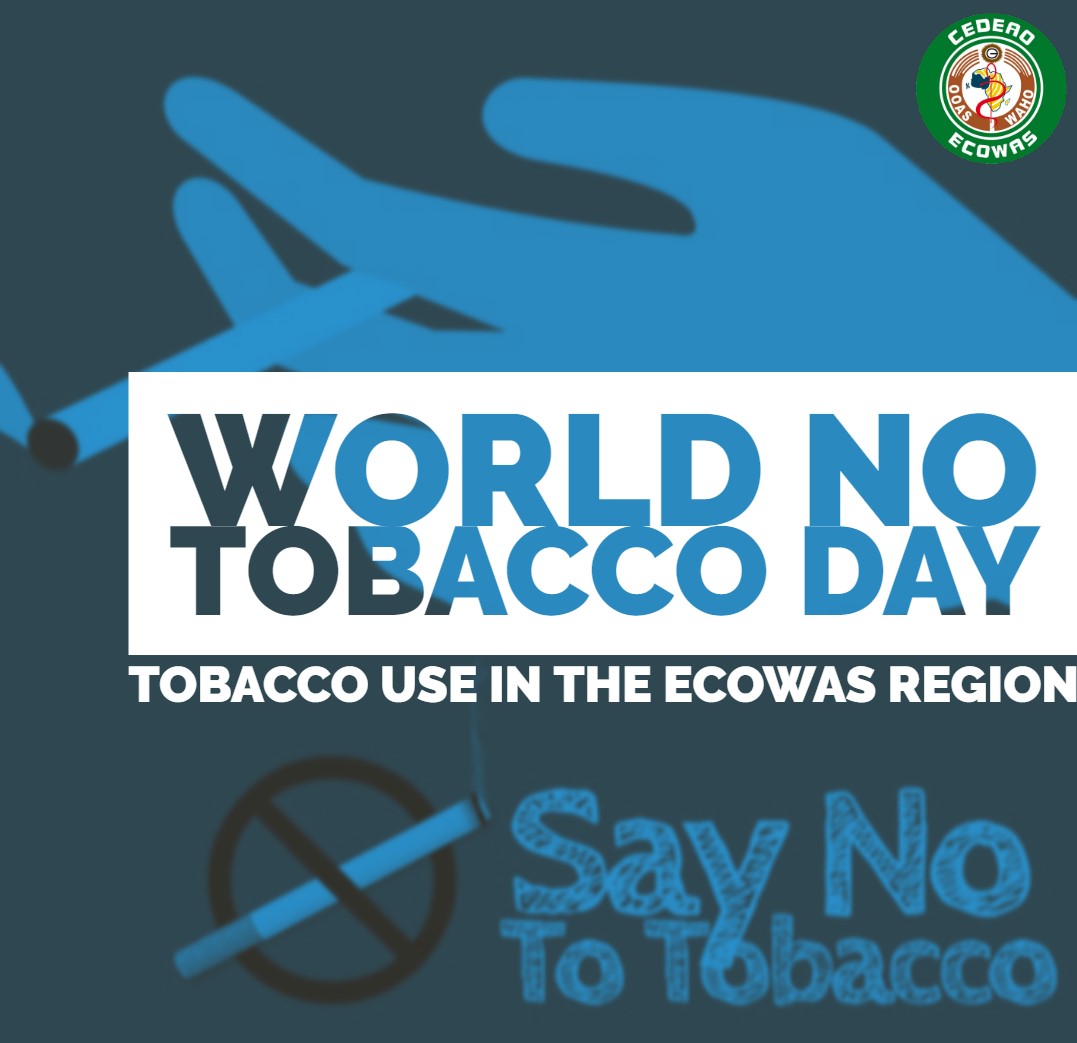