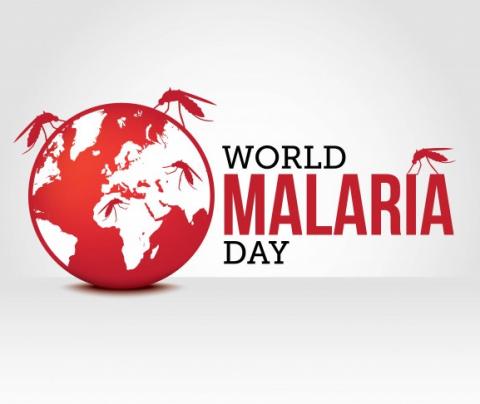 The focus of the annual World Malaria Day is to keep malaria high on the political agenda, to mobilize additional resources, and to empower communities increasingly to take ownership of malaria prevention and care. This year, these have become particularly urgent in light of the potential diversion of resources and attention to Covid-19 pandemic and the looming threat of reduced funding from the United States to the World Health Organization (WHO) which will have a major deleterious impact on our region.

In 2018, the last full year for which records are currently available, there were an estimated 228 million cases of malaria globally. 93% of these were in Africa, and nearly half (48%) in West Africa. Although our region of ECOWAS recorded a reduction in malaria cases and deaths of 6.6% and 36% respectively between 2010 and 2018, the situation remains critical since we account for half of the world’s malaria burden despite constituting only a tenth of the world’s population. And the region’s high death rates of mothers in pregnancy and childbirth, and of children under the age of 5 years are compounded by the high malaria incidence because pregnant women and children are the most affected. WAHO therefore joins international partners in the efforts to push for a malaria-free world by the year 2030.

It is important that we sustain and improve the recent achievements recorded in our ECOWAS region including improved case management, increased use of long-lasting insecticide-treated nets, and expanded uptake of seasonal malaria chemoprophylaxis. Cabo Verde is on track to eliminate malaria by the year 2030 while Senegal and The Gambia are heading to pre-elimination with less than one case per 1000 population. WAHO has championed the cause for malaria elimination in our region in recent years. Malaria was a key focus of our 20th Assembly of ECOWAS Health Ministers last year in Cotonou which resolved to ensure that all 15 Member States included in their national plans a costed multi-sectoral program for moving from malaria control to pre-elimination. WAHO is the project implementer of the World Bank’s Sahel Malaria project, the secretariat of the Sahel Malaria Elimination (SaME) initiative, the regional champion of RBM’s malaria eradication program in West Africa, and the regional executor of the Africa Union-NEPAD’s Integrated Vector Management project. We thank all our partners that are funding malaria elimination programs in the region, particularly the Global Fund, World Bank, Bill & Melinda Gates Foundation and many others.

On the occasion of this year’s World Malaria Day, WAHO calls on all stakeholders – national governments, international partners and organizations, the private sector, civil society organizations, and communities – to redouble efforts to surmount the challenges that exist in this battle. These include human resource capacity particularly of laboratory personnel, low coverage of interventions, limited access to services, low community engagement; inefficient logistics in the supply chain management of drugs, and low financial investment, particularly, domestic funding for malaria elimination. We plead with the President of the United States to consider the devastating impact that withholding of funds to the WHO will have on the malaria eradication campaign in Africa. And above all, we urge that collective action in this fight to eradicate malaria must prioritize pregnant women and under-5 years old children who are the most vulnerable groups affected by malaria in our region. As Prof Stanley Okolo, Director General of WAHO stated, “There is a risk that the increased attention to the COVID-19 pandemic could threaten the needed investment for malaria”. At this time more than ever, we need increased multisector engagement, improved governance mechanisms, increased resource mobilization from domestic and international sources, cross-border collaboration and stronger disease surveillance to defeat this scourge.

We thank ECOWAS Member States and partners for the continuous support to WAHO to discharge its mandate of regional integration through health improvement programs for the people of West Africa.