WAHO Statement on the Occasion of World Malaria Day 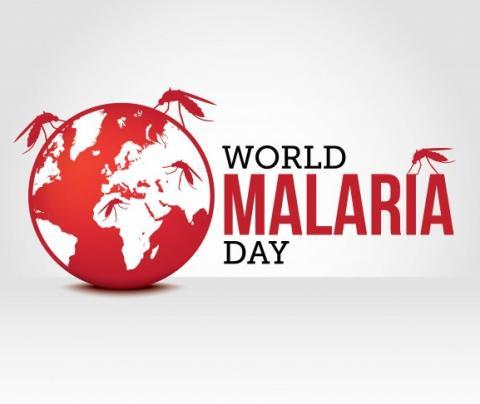 Bobo-Dioulasso 25 April 2021 – Today marks the 14th edition of the World Malaria Day – a day instituted by the World Health Assembly to raise public awareness and to advocate for continued political commitment, financial investment and community engagement towards meeting the malaria elimination targets.

This year’s celebration, under the theme “Zero Malaria - Draw the Line Against Malaria", seeks to highlight success stories in the fight against malaria and to galvanize countries to accelerate their efforts towards having zero malaria.

The ECOWAS Region continues to bear a disproportionate share of the global malaria cases. The 112 million cases and 194,000 deaths which occurred in 2019 accounted for 49% and 47% of the global malaria cases and deaths respectively, for a region which constitutes 10% of the global at-risk population.  About 64% of the cases are in children aged under five years. Pregnant women and those with poor access to health care are the most vulnerable and also the most impacted by the disease. At the national level, malaria’s economic toll may be up to 6% of GDP through absenteeism, lost productivity, reduced tourism and reduced foreign investment.

Fortunately, between 2015 and 2019, the ECOWAS region has achieved some modest successes in reducing the incidence rate per 1,000 population and the death rate per million by 4% and 22% respectively.  Cabo Verde is aiming to eliminate malaria by the year 2023 while Senegal and The Gambia have several districts with malaria incidence less than 10 per 1,000 population. These successes are enabled by an increasing number of countries launching their “Zero Malaria Starts With Me” campaigns and prioritize political engagement, resource mobilization and community sensitization. Nine ECOWAS countries have launched their campaigns with two more expected to do so this year. Also, three ECOWAS countries have launched a “Zero Malaria Business Leadership Initiative”, with the participation of the private sector in malaria control and elimination in order to increase funding at country level.  The coverage of interventions for prevention, vector management, diagnosis and case management are, generally, trending in the right direction. It is estimated that about 33.3 million children aged 3 months to 5 years were protected from malaria through seasonal malaria chemoprophylaxis in 2020.

These modest achievements notwithstanding, the ECOWAS Region, faces challenges of low coverage of interventions, limited access to preventive and clinical services, low community engagement, insecticide resistance and insufficient financial inputs.  West Africa’s population is young, with those aged 15-24 years projected to reach 19% of the total population by 2050.  Recent evidence shows that, the African youth are willing commit their time to support malaria elimination efforts, for example, in bed net distribution, community sanitation, community education and information sharing on social media.  Unfortunately, they have not been actively engaged in malaria control efforts. It is in this context that, the West African Health Organization (WAHO) supports the continental initiatives to draw on its youth in the Draw the Line Against Malaria

campaign.  WAHO has rich experience working with adolescents, particularly in sexual and reproductive health which it can leverage to support the malaria campaigns.

As we celebrate this year’s World Malaria Day at a time of the continuing COVID-19 pandemic, WAHO callsTools on ECOWAS Member States to continue to redouble their efforts to ensure continuous and harmonious essential service delivery in spite of the disruptions in the supply chain as well as to respect the public health safety protocols.

In the words of Prof Stanley Okolo, the Director General of WAHO at a recent Ministerial Forum of the Sahel Malaria Elimination Initiative, to accelerate progress towards elimination, it is imperative to build resilient health systems with “a clear plan, shared responsibility, increased financial investment, motivated social capital and better engagement with our communities”. Drawing the line against malaria requires greater multisector engagement, leadership, transparency and accountability and cross-border collaboration.

WAHO seizes this opportunity to thank ECOWAS Member States and Partners including the World Health Organization (WHO), the RBM Partnership to End Malaria, the African Leaders Malaria Alliance, bilateral and multilateral organizations, donors, NGOs, the media and the civil society for their commitments to the fight against malaria.